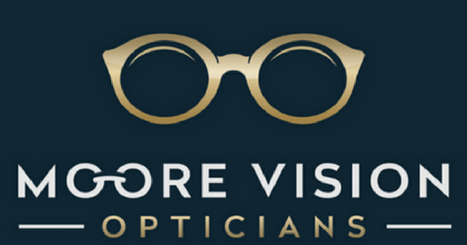 We all want bright youthful eyes for as long as possible.

Over time we can lose that youthful white of our eyes and our eyelids can become red, puffy and lax.

I’m going to delve into some eye conditions that can affect young and old which can leave us feeling self conscious and wondering how or if we can reverse their signs.

This condition affects young and old and is easily treatable with a bit of consistency. The eyelids appear red, there is slight to severe crusting between the eyelashes and can leave the person feeling like they’ve got something in their eyes. In severe cases the eyelashes can end up stuck together between the hardened crusts and eyelashes can fall out. It is considered a chronic condition – which means like having dry skin it’s always there – but you can go months and even years without it bothering you and then suddenly it starts to appear again. It’s easily treated with a regular lid hygiene routine. Purchasing solution or wipes for the specific treatment of Blepharitis from your local pharmacy and using this at least once a day (twice/three times if you’ve severe Blepharitis) will reduce the redness and crusting appearance and within a week or two you will have it well controlled. For specific advice on the level of Blepharitis you have I would advice an eye appointment.

Also known as eyelid laxity – this happens in later life as the skin and muscles around the delicate eye area lose their strength and tone. The lower lid will fall away from the globe of the eye and expose the lower part of the eyeball aswell as the inside of the lower lid which has a pinkish/red colour. So you look like you’ve red eyes and you will end up with even redder eyes because now you’re going to suffer from dry eyes. The little drainage tubes (puncta) at the corner of the lower lids has being moved away from the eye and so your tears have nowhere to drain from. The tears spill down your cheeks, your eyes dry out because they can’t hold any tears anymore and your ocular surface becomes irritated and red. This is very uncomfortable not to mention making the person affected feel self conscious that they look like they’re crying. The only solution in severe cases is surgery. It’s a very quick procedure which will tighten that lower lid and keep it closer to the globe of the eye where it brings the ocular mechanisms back into harmony. You could use a plaster to lift the skin upward but this is not a long term solution.

MGD for short usually goes hand in hand with Blepharitis and both result in dry eyes if left untreated. There are tiny little glands across the  upper and lower lids. Every time you complete a blink cycle where your upper lid has touched the lower lid small amounts of oil or mucin are released from these glands mixing with your tear film. You need a certain amount of oil on water effect to prevent the tear film evaporating too quickly from your ocular surface. When a person has MGD that oil (mucin) has hardened in the glands and effectively (like a plug in a sink) blocked any oil from getting out to lubricate the eye. So your tears lack this essential ingredient and evaporate too quickly leaving you with dry eyes and an uneven lid margin. Sometimes in severe cases, you can see little white dots inside the lower lid where the mucin has hardened and backed up over time. Hot compresses is the first step in getting this under control. Using a hot flannel – whether it be a facecloth, tea towel or eye pads you’ve purchased in a pharmacy, and placing them on the eyelid area will soften that hardened oil and allow you to remove the blockage. Be sure that the heat you’re applying  isn’t too hot. Check on the back of your wrist first as this area is nearly as thin as the skin around the eye area. Leave the heat on closed eyes for approx 5 minutes or until you feel the heat as cooled and then push the lower and upper lids in. This is effectively pushing the soft muscin out of the glands and making way for new fresh oil to come to the surface which will mix better with your tear film. After one attempt the problem won’t be fixed. It could take weeks of doing this once to twice a day (depending on severity) before you feel it’s under control. You could have years of backed up oil clogging up the drainage system, so have patience and be consistent. It does work but time it key here.

A lot of people ask me about this on their eyes. The Pingucela itself isn’t harmful, it’s only when it starts to encroach on the pupil (advanced pterygium) that action needs to be taken. It can look like a sore eye. Pingucela is a raised area of yellowish/cream coloured mass of cells on the whites of your eyes. It forms after years of UV exposure and can mainly be noted nasally. This is because when the sun shines down the UV rays tend to bounce off the side of your nose and reflect back onto the white corners of your eyes nasally. It can also be seen on the temporal side aswell. It isn’t harmful, but needs to be monitored encase it ever changed colour or spread over the cornea (then known as a pterygium) and over the pupil. When it enters the corneal surface it’s known as a Pterygium. If it continues to grow over the cornea, it threatens the vision and can end up covering your pupils if left untreated. Surgery is needed to remove it at this point. In either case, because there is a raised mass of cells above the ocular surface it tends to dry out quicker than the rest of the eye and can become inflammed and irritated. Eye drops and gels can then be used to settle it. As with all things, prevention is better than cure. Wearing 100% UV protection in your sunglasses and ophthalmic glasses is crucial to maintaining that lovely white eye effect you have in youth.

This is such a broad area. Basically, you’ve got red eyes because you’re eyes are irritated. Whether that’s because you’ve got something in them, they’re dry, infected or due to allergies. Be assured that redness will ease when the source of the irritation is removed. A professional opinion as to the cause of the redness is advised because there are so many reasons why you could have red eyes.

Some people complain about having bags under their eyes or puffy eyes. Sometimes you can get puffy eyelids if you’re allergic to something – new make-up remover, make-up, or had your eyelashes/eyebrows done. Other times it can be the way you are lying on your pillow at night – if one side is more puffy than the other. Cold compresses are key here to decrease the swelling and inflammation. Some people put dessert spoons in the fridge and press them against the eyes (that will really wake you up!) and others use a cold face cloth. Either is perfect once it helps sooth and calm the puffy effect. If you feel it’s an allergy the swelling won’t subside until the source of the allergy is removed. 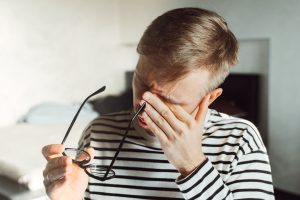 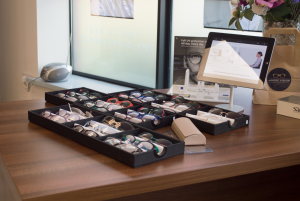